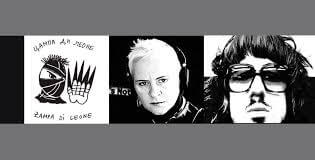 The artists that i am presenting here, Vladimir Mojsilovic, Jelena Goricki and Zampa di Leone, have in every way experienced all the social symptoms of the crisis, the wars and political events and shifts precisely in the manner of becoming one and the same with them (or merging with them), like some internal exiles, who are not, after all, passive, but who act independently, in guerrilla warfare style and undoubtedly noninstitutionally, since the mainstream exponents had occupied or taken over even what little had been left over of the institutions of culture that have in this way become impenetrable for or closed to young artists. And these artists, out of some unknown stubborn reason are reverting to the traditional format of painting and to that (to a lesser extent common art format) that of the contextual contextual drawings, in order to maintain the tension between the active factors within the art system. With the maintaining of that tension one also maintains and conserves the energy of art regardless of the form in which it is realized. Without such tension the energy would disappear, and in some places, which can be discerned sometimes when the energy is lost, art would then become mixed in with popular culture, advertising and commercialism. Thus it turns out that painting is a constant factor of the art system, at least up to the point where it will always and from the very beginning regulate its relationships with some other tradition or practice, in this particular instance with the electronic/digital image and the drawing/text – text/drawing as a snap-shot of the contextualization of the art scene that is distributed in both of those worlds, the physical and the virtual, represent a socio-political discourse which acts as a counter-balance to the apolitical, mute and ethically and aesthetically conditioned art practice. or it is, simply, a counterpoint to cowardice. 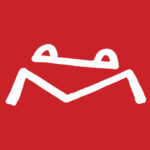